Certainty at last for Base rate entities … or not? 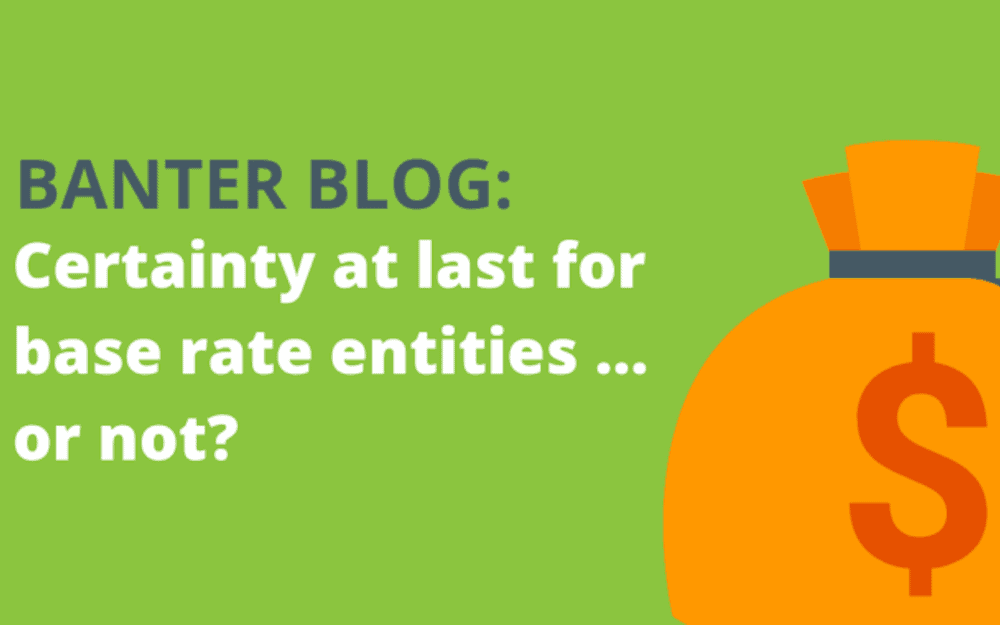 After a long period of uncertainty, and in the midst of the recent Liberal Party leadership spill, the Senate on 23 August 2018 unexpectedly passed without amendment the Treasury Laws Amendment (Enterprise Tax Plan Base Rate Entities) Bill 2018 (‘the BRE Act’). The Bill was enacted on 31 August 2018.

The measures in the BRE Act — which take effect from 1 July 2017 — aim to improve the law by setting a ‘bright line’ test to determine which companies are eligible for the lower tax rate.

Our Banter blog on the changes to the Base rate entity rules (written in November 2017 when the BRE Act was still a Bill) details the new measures. But the long period that it remained before the Parliament (from 18 October 2017 to 23 August 2018) — together with further draft guidance from the ATO — has caused extensive confusion about the status of the measures, their start date, how to complete 2018 company tax returns and at what rate companies should be franking their distributions.

This Blog examines the effect of the new measures now that the dust has finally started to settle. But a question remains: do we finally have certainty on the tax law regarding which companies are entitled to the lower tax rate?

This article does not consider the measures contained in the Treasury Laws Amendment (Enterprise Tax Plan No. 2) Bill 2017 which proposed to extend the corporate tax cuts to companies with an aggregated turnover of $50 million or more from 1 July 2019. This Bill was defeated in the Senate on 22 August 2018, and the Government has stated that it will not be taking this policy to the next election.

What is the new law?

The core purpose of the BRE Act is to ensure that ‘passive investment companies’ cannot access the lower tax rate in an income year; instead, they will be taxed at 30 per cent. As a fair corollary, these companies can frank distributions made in the following year at 30 per cent.

The Government’s term ‘passive investment company’ referred to in its Media release of 4 July 2017 does not appear in the BRE Act but the concept is represented by a ‘bright line’ test. This test deems a company to be ‘passive’ for a particular income year if more than 80 per cent of its assessable income comprises specific types of ‘passive’ income. The ‘bright line’ test has no regard for actual activity, intention, assets or profitability. Further, the Commissioner of Taxation has no discretion to grant an exception.

The new measures have retrospective effect from 1 July 2017 (or the first day of a company’s 2017–18 income year if the company is a substituted accounting period taxpayer).

Former s. 23AA of the ITR Act provided that a company is a BRE for an income year if:

‘Annual turnover’ is defined in s. 328-120 to be the total ordinary income that the entity derives in the income year in the ordinary course of carrying on a business.

Adjustments are also made where the business is carried on for part of an income year only.

Carries on a business

The ATO’s draft ruling TR 2017/D7 explains when a company carries on a business within the meaning of former s. 23AA of the ITR Act. This crucial ruling, albeit in draft, takes a very broad position of what constitutes ‘carrying on a business’ by a company, and contains examples whose tax outcomes have surprised many readers of the ruling.

Now that a company no longer has to ‘carry on a business’ to be a BRE, the question is: what is the purpose now of TR 2017/D7? It is not directly relevant to s. 23AA (although it may still be indirectly relevant because the meaning of ‘aggregated turnover’ is based on ‘ordinary income that the entity derives … in the ordinary course of carrying on a business’).

Further, the ATO has indicated that TR 2017/D7, when finalised, will also more broadly to SBEs which, under s. 328-110, are required to carry on a business.

The Treasury heeded the tax community’s concern over the inherent uncertainty of the requirement to ‘carry on a business’ to access the lower tax rate. In response, the BRE Act removes that uncertainty — by repealing the requirement in its entirety from the definition of a BRE. Instead, the ‘carrying on a business’ test has now been replaced with a passive income test.

New definition of ‘base rate entity’

The BRE Act amends the meaning of a BRE from 1 July 2017 so that, under the new law, a company is a BRE under s. 23AA of the ITR Act if it satisfies two requirements:

What is ‘base rate entity’ passive income?

Under new s. 23AB of the ITR Act, the following types of income are BREPI:

The ATO has issued a draft Law Companion Ruling LCR 2018/D7 which explains the meaning of these terms. 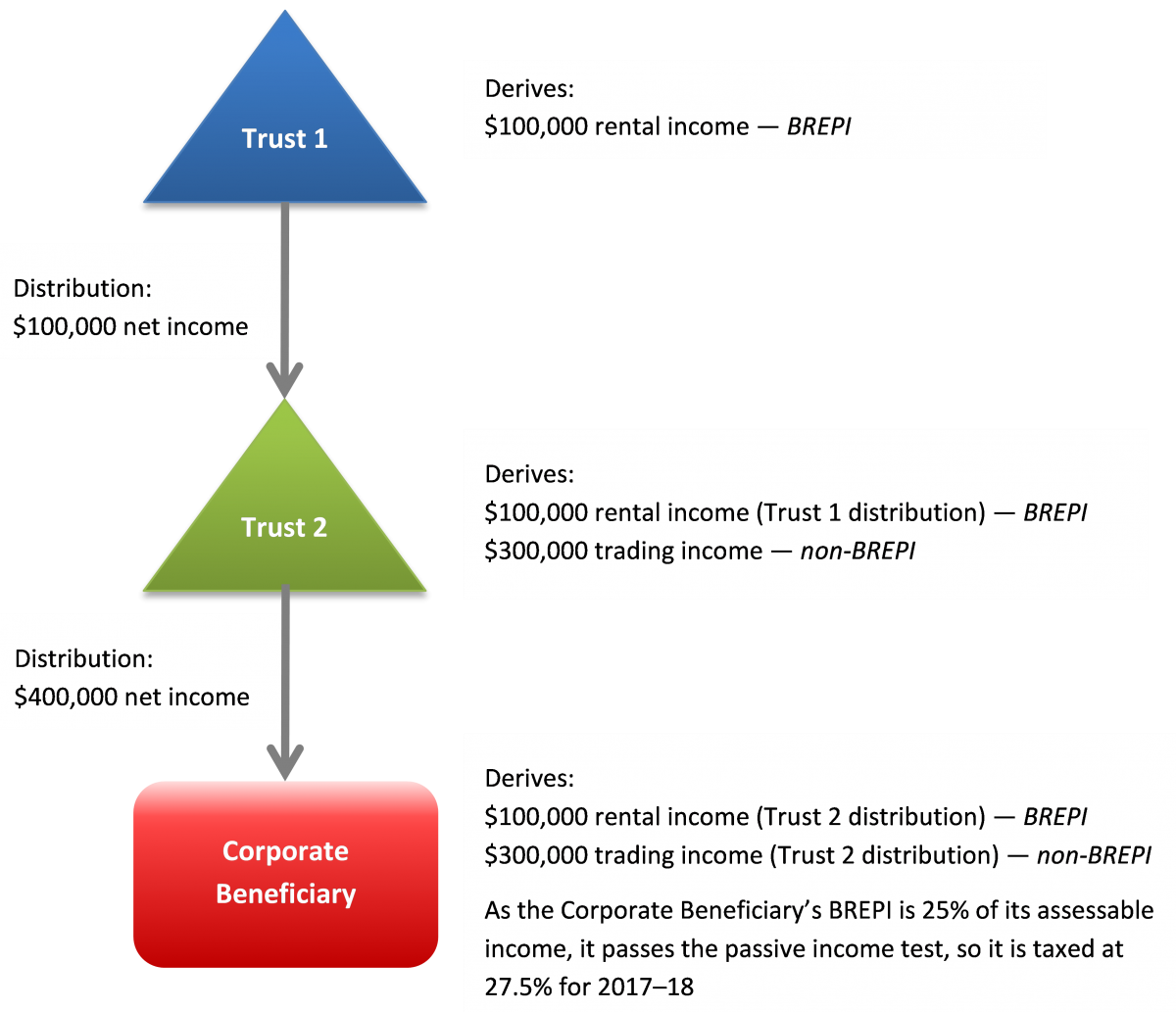 In this illustration, the corporate beneficiary is taxed at the lower 27.5 per cent tax rate for 2017–18 as it satisfies both of the eligibility criteria to be a BRE:

Further, the corporate beneficiary will need to trace up through a chain of one or more interposed partnerships or trust estates to determine the extent to which the distribution is attributable or not to BREPI. We have suggested to the ATO that new labels which identify the amount of BREPI included in a partnership or trust distribution should be included in tax returns so that the ultimate corporate beneficiary can calculate its BREPI as a proportion of its total assessable income for an income year. However, there are no such labels in the 2018 tax returns.

In the 2017 company return form, label F1 determined the tax rate that applied to the company’s taxable income in the calculation statement. If the company was an SBE in 2016–17 (based on the company carrying on a business and having an aggregated turnover in 2015–16 or 2016–17 of less than $10 million), label F1 should have been marked O — this would calculate the tax at the rate of 27.5 per cent.

If label F1 was left blank, the tax rate was 30 per cent.

Label F1 should still be marked O if the company is an SBE in 2017–18 (which enables it to access a range of small business tax concessions such as the instant asset write off for assets that cost less than $20,000).

However, label F1 no longer determines the company’s tax rate. This is determined by label F2 which should be marked O if the company is a BRE under s. 23AA of the ITR Act. This will calculate the tax at the rate of 27.5 per cent. If label F2 is left blank, the tax rate will calculate at 30 per cent.

We understand that tax practitioners’ tax return software does not produce a validation error if label F2 is crossed incorrectly. For example, if turnover of $50 million is reported at item 6 (income) and label F2 is marked O, the tax still calculates at the rate of 27.5 per cent which is clearly incorrect. The taxpayer/agent needs to determine whether a company satisfies the conditions to be a BRE and correctly indicate this at label F2.

The way in which a company’s maximum franking rate is determined changed on 1 July 2016 and has changed again from 1 July 2017.

The franking credit attaching to a distribution was calculated as simply:

the amount of the frankable distribution  ×  30/70

The law changed from 1 July 2016. For franked distributions paid in the 2016–17 income year, a company’s maximum franking rate is determined by its corporate tax rate for imputation purposes (CTR for imputation purposes) which is taken to be the company’s corporate tax rate for that income year, worked out on the assumption that its aggregated turnover for 2016–17 is equal to its aggregated turnover for 2015–16.

Practically, this means that the company will frank a distribution paid in 2016–17 using the rate of:

For distributions paid in the 2017–18 income year, a company’s maximum franking rate is still determined by its CTR for imputation purposes which is taken to be the company’s corporate tax rate for that income year, but now worked out on the following three assumptions:

Practically, this means that company’s maximum franking rate for a franked distribution paid in 2017–18 is 27.5 per cent if:

The company’s maximum franking rate for a franked distribution paid in 2017–18 is 30 per cent if either or both of the following apply:

On 25 July 2018, the ATO released draft Practical Compliance Guideline PCG 2018/D5 which provides guidance on the ATO’s compliance and administrative approach for companies that have faced practical difficulties and uncertainty in determining their franking rate for the 2016–17 and 2017–18 income years.

Given the uncertainty around what constitutes ‘carrying on a business’ prior to the release of TR 2017/D7, the Commissioner will not allocate compliance resources specifically to conduct reviews of whether companies have applied the correct tax rate in the 2015–16 and 2016–17 income years.

The company can provide this notice to their members without seeking an exercise of the Commissioner’s discretion to allow the distribution statement to be amended (which is ordinarily required).

The corporate tax rates and franking rates for 2017–18 are summarised in the tables below. 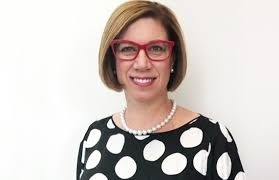